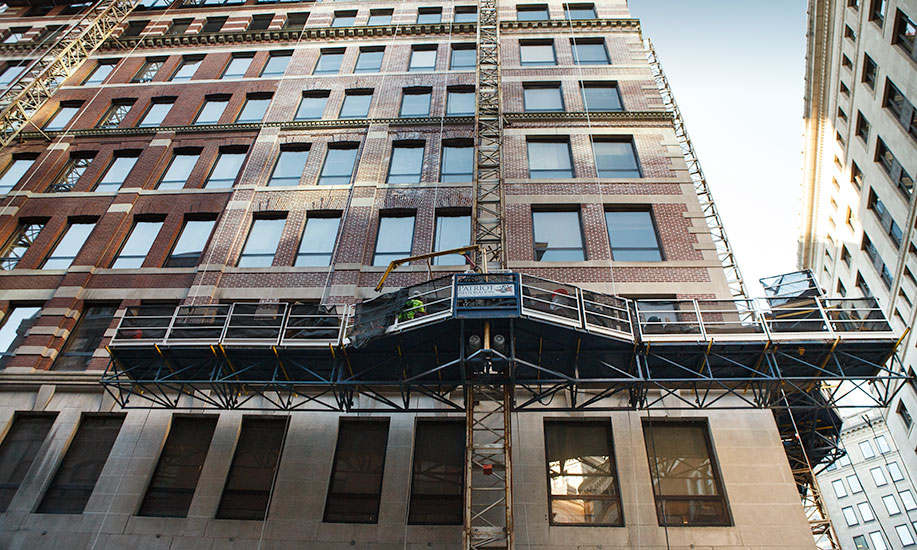 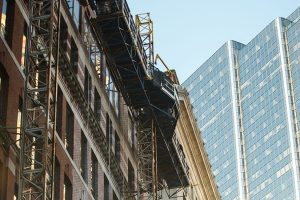 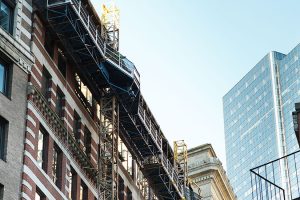 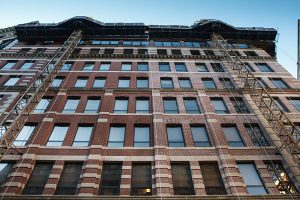 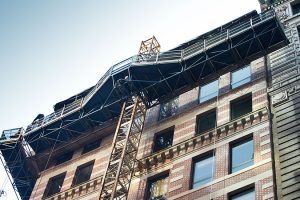 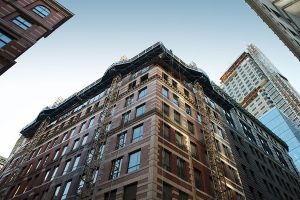 First constructed in the early 1900s, this mass-masonry building, located in Boston’s financial district, had a steel frame addition added after the initial construction. Plans were approved in 1900, the original construction of the eight-floor building was completed in 1903, and the 9th/10th-floor addition was completed in 1920. Over the years, water damage caused the steel structure to corrode and rust, causing displacement of the masonry. This $1.5M project consisted of 100% repointing of the original brick facade, complete replacement of precast masonry and relieving angles on the 9th and 10th floors (~300’ total), limestone patching, and replacement of the original sheet metal cornice with a GFRP replica produced by DurOFiber in New Hampshire.

During the project, Patriot discovered that the column on the corner of Batterymarch and Milk Street, which was part of the early addition, had corroded so badly that one could see through the web in some places. Patriot brought in a structural engineer to work side-by-side and design/implement a program to thoroughly remove and replace the corner column while maintaining building operations and without schedule delays.

Call our restoration and preservation specialists at 508.624.4487