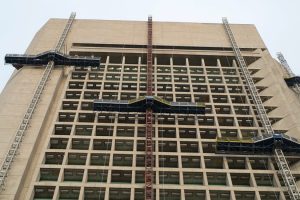 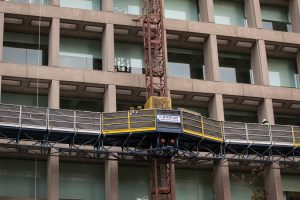 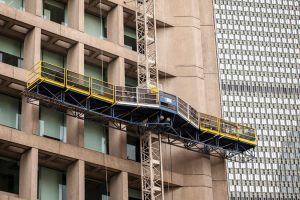 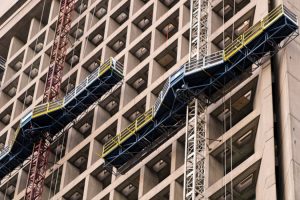 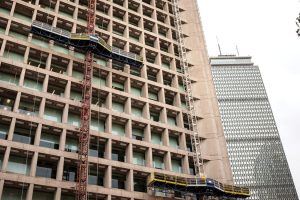 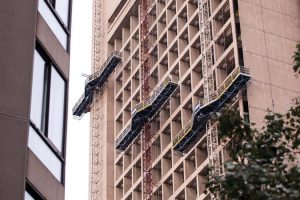 The complex, including most of the landscape was designated as a Boston Landmark in 2011.

Built in 1973 as part of Boston’s iconic Christian Science Plaza, 177 Huntington Avenue was a bold modernist landmark designed by I. M. Pei. The exterior facade restoration of the historic Christian Science Tower, which Patriot Restoration completed in 2015, included one very significant challenge—providing safe and cost-effective access to the building’s façade, given the structural concrete latticework of columns and beams at the tower’s East and West elevations. Patriot utilized a combination of Mastclimber platforms and swing-stage access to allow inspections and repairs to be carried out safely and efficiently.

Throughout the project, all deteriorated exterior sealants were remediated, over 10,000 square feet of concrete repairs were performed, and a waterproofing membrane was installed at the sky-facing surfaces of the building’s unique latticework and structural elements. Patriot delivered the $4.5 million project on time and under budget within a nine-month period.

Call our restoration and preservation specialists at 508.624.4487